All the questions triggered in your mind will be resolved at the completion of the document.

Firstly let us begin with the above questions eating up your mind for Jenkins setup and use.

Jenkin is the most popular, open-source Continuous Integration tool written in java. It has tons of plugins that enhance its functionality. In this documentation, you will learn to install Jenkins in mac OS.

It also allows us to continuously deliver our software by integrating with a large number of testing and deployment technologies.

With the help of Jenkins, one can speed up the software development process through automation. Jenkins adds development life-cycle processes of all kinds, including build, document, test, package, stage, deploy static analysis, and much more.

Let’s see how Jenkins works. The above diagram is representing the following functions:

Now let us start the installation process of Jenkins, however, before installing Jenkins one needs to know the prerequisites of it which are mentioned below as

Installing Jenkins in macOS is different from windows installation, however prerequisite for installation is the same for all.

Jenkins can be installed using the Homebrew package manager. Homebrew formula: Jenkins-lts This is a package supported by a third party which may not be as frequently updated as packages supported by the Jenkins project directly.

If you don’t already have the Homebrew package manager installed, you will first need to follow the installation steps from https://brew.sh/.

You can check if Homebrew is already installed by opening a terminal window and typing:

You should get back the Homebrew version if already installed.

Once Homebrew is installed, you can run the following command which will download and install the current Long-term support (LTS) version of Jenkins.

Then user command following command to upgrade your version.

Then after you will see that jenkins is installed

The next step is to actually start the Jenkins server. You can do that with this command:

This will start the Jenkins server in a few seconds. You can check if it is properly working by visiting http://localhost:8080/

To get the password needed to run the installation process, just check the content of the file mentioned on the screen

Now to get the password from the above location using the following command in the terminal and copy that path URL.

sudo cat “your Jenkins path which you get in unlock Jenkins”

Once you enter into the terminal after adding this command you will get your password copy paste and unlock your Jenkins.

How to Configure Jenkins

Once you have installed Jenkins in any of the ways presented, it is time to do its initial configuration in order to get started with Jenkins.

The next step is to create a Jenkins admin user. Make sure you write down the username and password as you will need them later.

The final step is to configure the URL for the Jenkins server. This would be prefilled for you. So all you need to do is to click “Save and continue“.

Soon the server will be configured and ready for action.

To stop the Jenkins server, open any terminal window and enter the command:

To start the Jenkins server again, use the command: 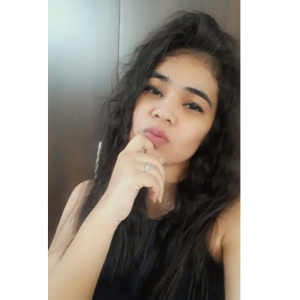